After a sold-out success of 88 North Condos, St. Thomas Developments Inc brings the second phase of 88 Queen, 88 South. 88, on Queen Street East, is the group’s latest development. Occupying a full city block in Toronto’s burgeoning downtown; it comprises residential buildings, a park, a hotel, and a beautiful covered arcade with cafes, restaurants and shops. 88. Redefining the urban experience.

Designed by Hariri Pontarini architects, this 29 storey mixed-use tower will be occupied by 543 residential condos, retail at grade, and many hotel-inspired amenities. Condos range in size from one bedrooms to three bedrooms with all one bedroom plus den condos given two bathrooms. 88 Queen also offers exclusive two-storey penthouses for three bedroom units. Some of the amenities at 88 Queen Condos include a rooftop terrace with pool, hot tubs and lounge area.

A public square sits at the centre of the block that spans from Shuter Street to Queen Street East in Toronto’s downtown east core. This area is in close proximity to Toronto’s Financial District, Yonge and Dundas Square, George Brown College, as well as highly regarded restaurants, cafes and bars.

Queen Subway station is a short walk away or you can jump on the 24 hour Queen streetcar found at the south side of the 88 Queen mixed-use development. With fewer opportunities to live in a brand new condo in Toronto’s downtown core, 88 Queen may be the perfect project for you. 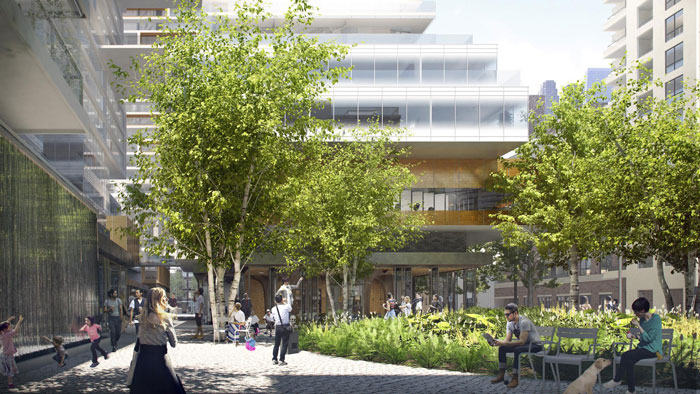 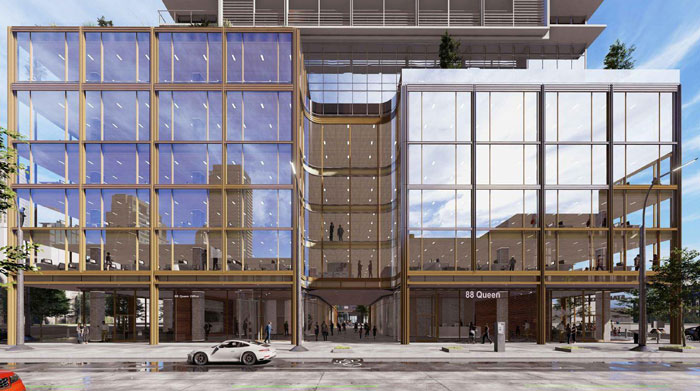 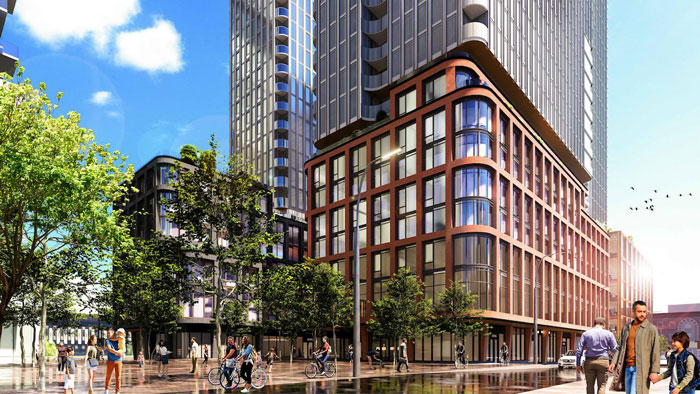 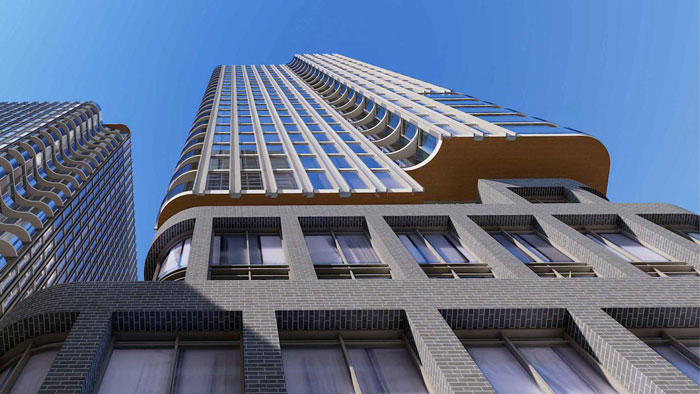 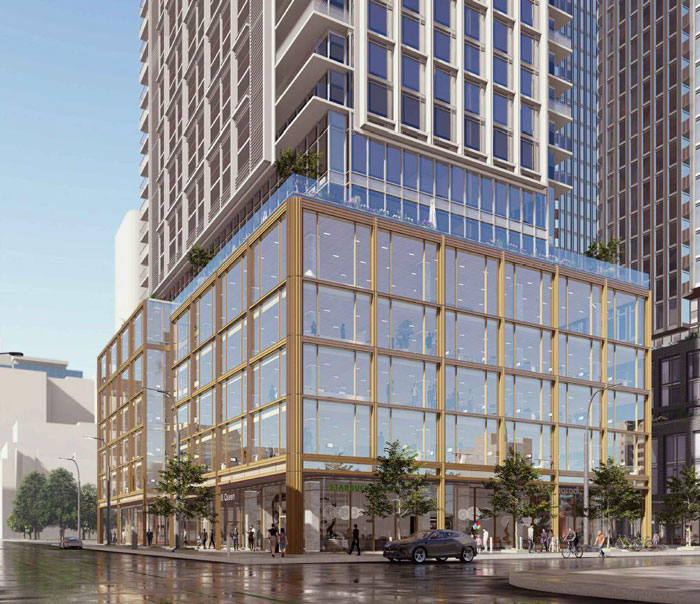