Located in Toronto’s Old Town, at the intersection of Richmond and Adelaide Street, just off of Jarvis, Vu North condo is nestled neatly between three downtown parks (St. James, Moss and David Crombie), offering spectacular views of both the hustle and bustle of city streets and the serene splendour of neighbouring green spaces.

The Vu South Tower offers a streamlined 24-storey red brick and glass design. From studios to two-bedrooms plus den, the building has a lot of choice in terms of condos for sale and for rent in the historic heart of old town. Residents of this high-end condo are spoiled for choice when it comes to amenities – with access to two gyms, a yoga room, multiple saunas, a party room with a kitchen and bar, and a rooftop terrace and lounge with BBQ stations.

With beautiful old-world architecture, quaint shops, charming restaurants and an industrious theatre scene, this neighbourhood derives its name from the St. Lawrence Market, a lively tourist hotspot ranked by National Geographic as one of the best food markets in the world. 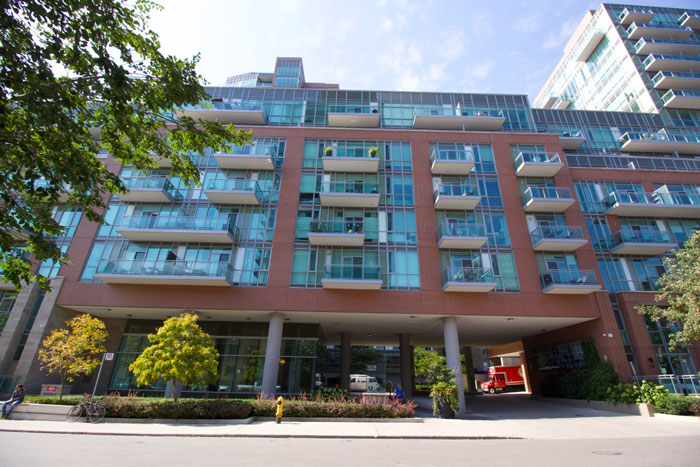 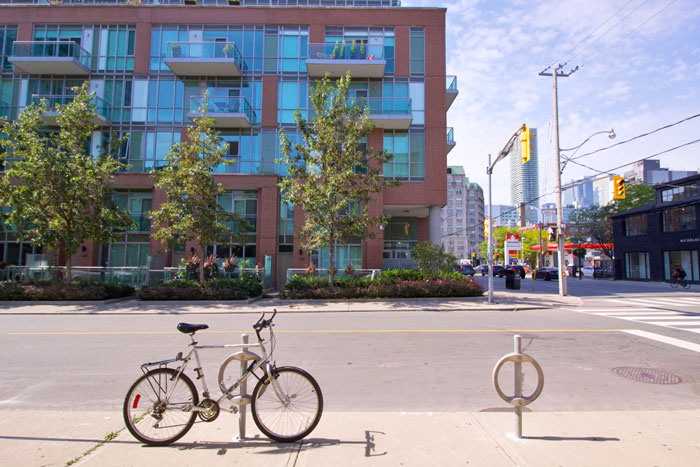 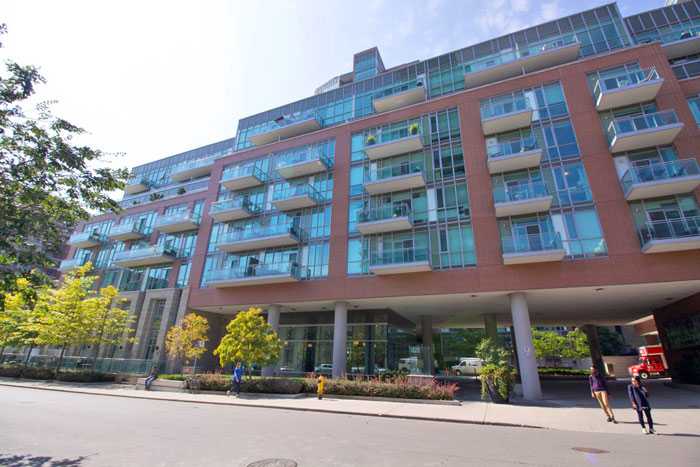 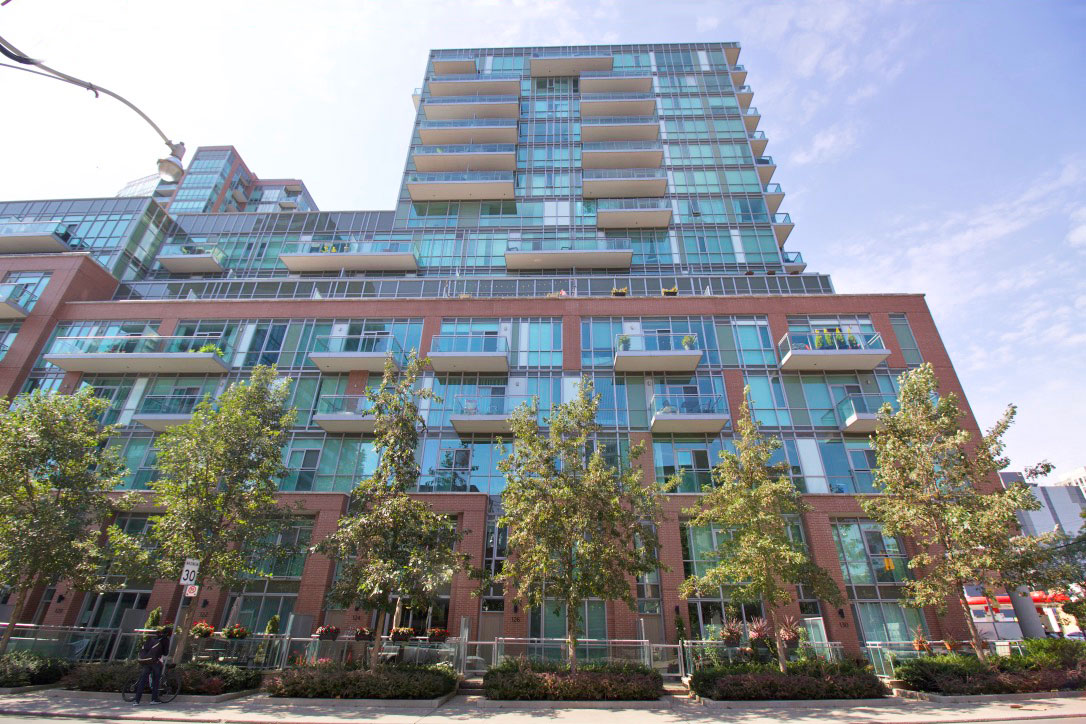