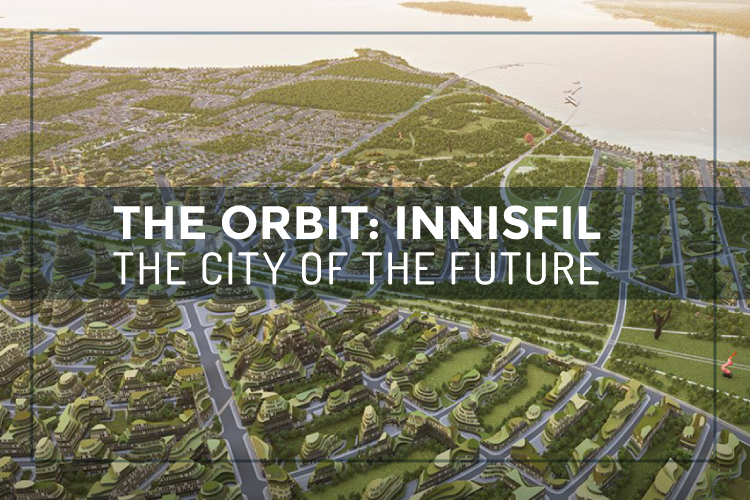 The quiet town of Innisfil is about to get a futuristic makeover. The Orbit is a reimagined approach to rural living with the benefits of urban life. The Orbit: innisfil comes from a collaborative design plan of architects, developers, builders, Town Council and the community.

IT ALL STARTS WITH THE INNISFIL GO STATION

The plan for The Orbit largely focuses on the future Innisfil GO Station, part of Metrolinx’s regional network expansion plan. A central GO Transit hub will be at the heart of The Orbit city design and will be the starting point for the multi-year development process.

The target completion date for the Innisfil GO Station is between 2022 and 2025. A four tower mixed-used development will be built over the GO Station with connections through the buildings as well as to the street and surrounding green space. The lower levels would be for commercial and office space while the upper levels would be residential.

The GO Station is just one of many mobility initiatives being put in place. There will be accessibility initiatives, new cycling trails, pedestrian-focused streets, as well as an Innisfil Transit system that will use autonomous vehicles. 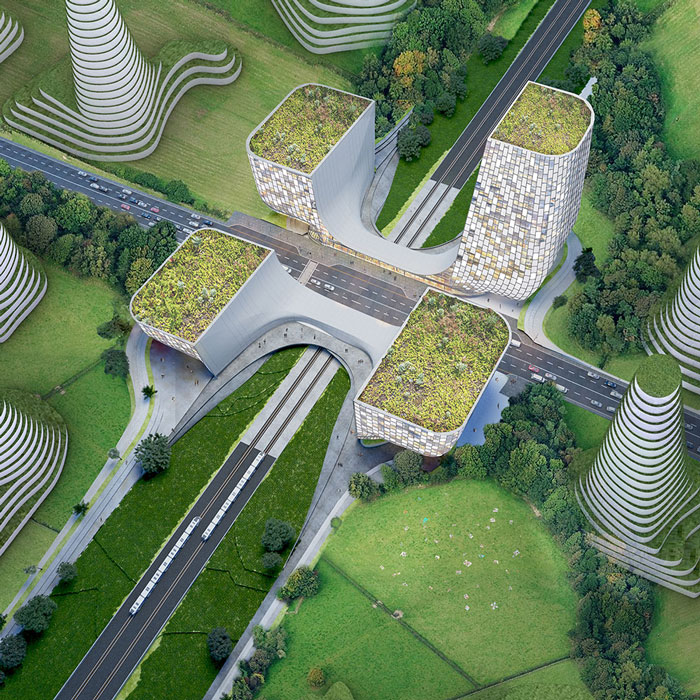 The vision, as described in The Orbit brochure says “At the heart of it we imagine a cohesive center for Innisfil, currently a municipality of clustered hamlets, that will gravitate and grow around a new regional transit link and cultural center slated to be built over the next four years.”

The public realm is at the forefront of The Orbit’s plan focusing on:

One of the first things you notice when looking at the renderings of The Orbit city plan is the futuristic grid-like design of the land. These “squircles,” as they’re calling them, is the result of a concentric density ripple that expands out from the central GO Station and morphs into a more traditional city grid. 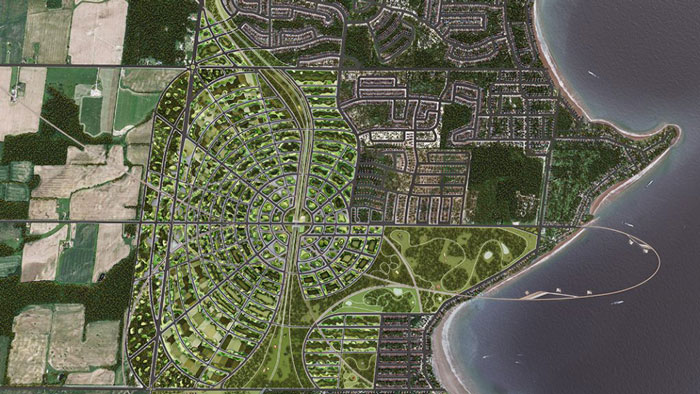 One might say the design resembles Barcelona’s city layout. Part of the design is a direct response to Toronto’s housing crisis and rapidly growing population. In fact Barelona’s systematic grid pattern was actually a strategic urban plan to solve the overcrowding and unruly way the ancient city had been built.

What Innisfil is aiming to do with The Orbit is to design strategically and methodically from day one to accommodate and allow for a growing population, rather than be faced with urban challenges down the road. The forward-thinking approach allows for the community to absorb over 40 million square feet of newly built community — literally designed to grow.

“Through intelligent and superior architectural design, the Orbit seamlessly consolidates and reduces sprawl, while providing communities with a closer relationship to nature while reducing pressure on infrastructure.“ 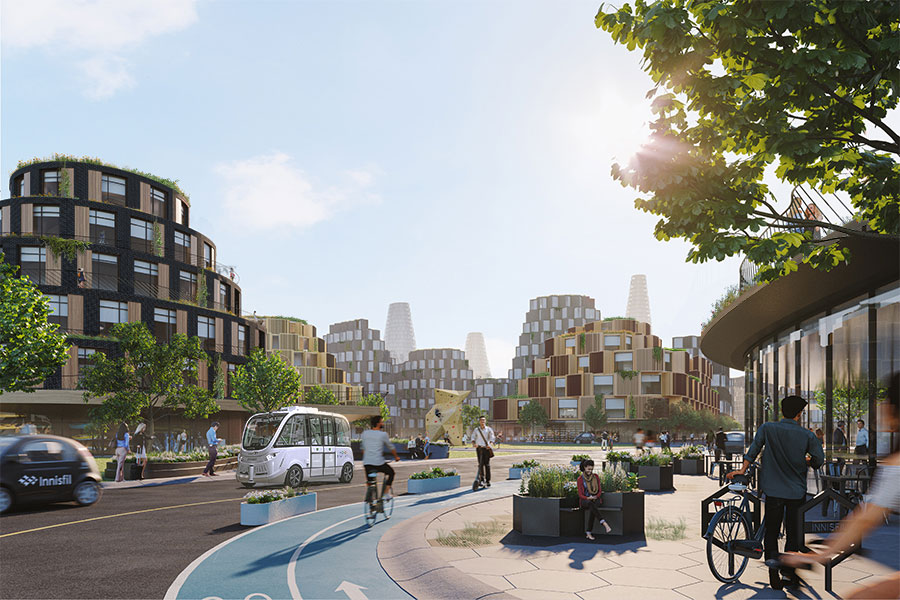 The centre of the Orbit Innisfil plan is being referred to as the nucleus. The central point from which all of the community’s growth will span from. It’s here that there will exist a dynamic centre of activity.

The plan will also promote a safe and balanced community by ensuring a mix of socio-economic backgrounds exist in each neighbourhood. There will be a variety of housing types and shared equity programs to allow homeownership opportunities for those otherwise unable to afford to buy.

THE ORBIT TO PRESERVE THE NATURAL LANDSCAPE OF INNISFIL AND AREA

Despite the forward-thinking design and even mention of implementing smart city technologies, the minds behind the Orbit city will strive to preserve the natural landscape of the Innisfil area.

They will grow and expand without sacrificing any existing historic buildings, forests, trails, or agricultural land. The natural landscape a large priority to the community’s growth. You can see from the renderings that green space is an integral part of the overall plan. Along both sides of the rail tracks will be a 3.5 kilometre linear park to house sculptures, recreational trails, playgrounds and more.

With its central location between Toronto and the charming Muskokas, The Orbit: Innisfil could become the city of the future. Their target population of The Orbit is 150,000 people over the next few decades. With this conscientious masterplan and unanimous community support, it will be truly incredible to see how initiatives that start right here in Ontario can spearhead a world of change for our urban development.