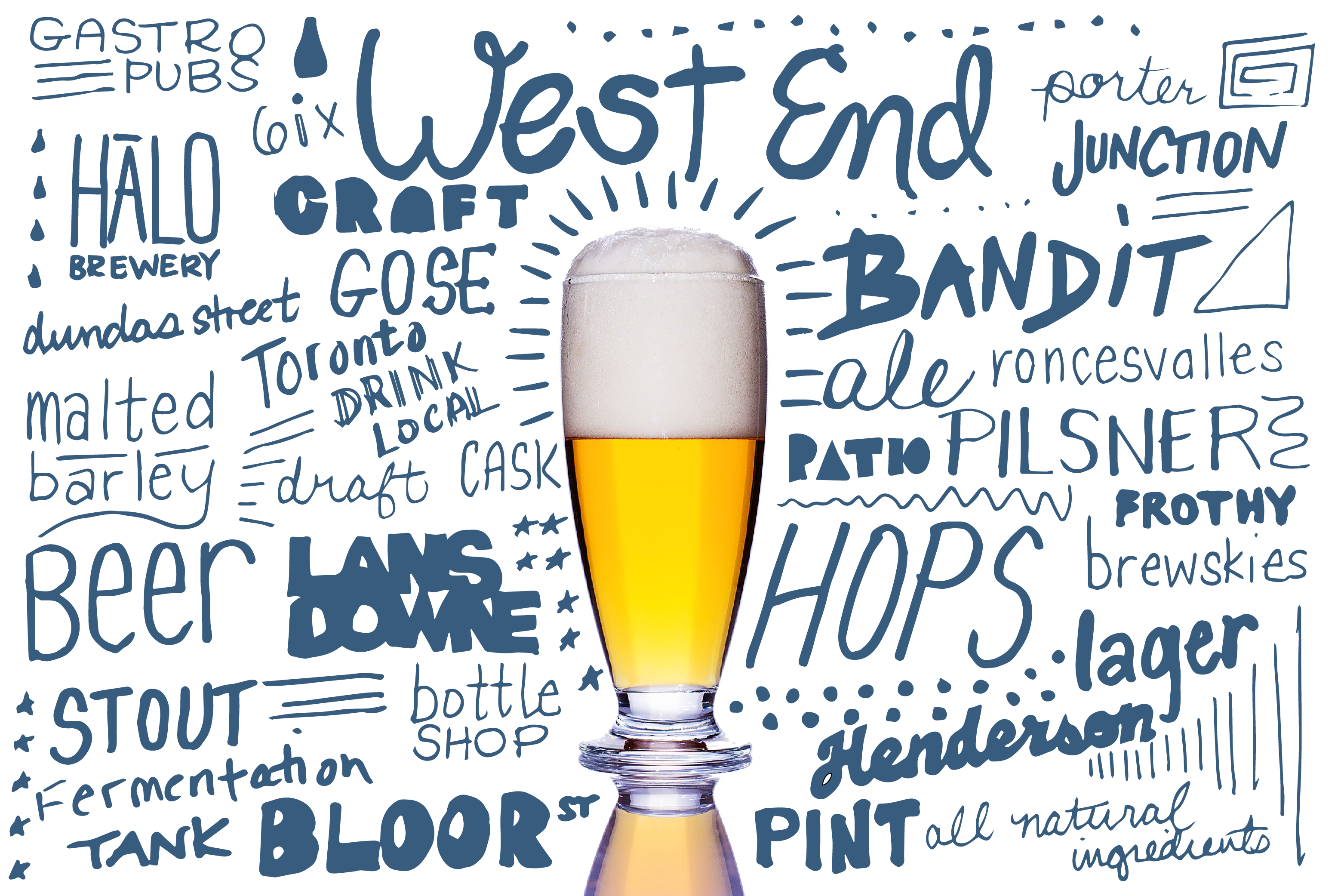 If you really want to experience a taste of West End living, you MUST visit the local breweries. Teeming with a growing number of microbreweries and gastro-pubs, the West End is a hotspot for natives and tourists alike. Various West End Breweries are smack dab in the middle of Brockton Village, Roncesvalles, and the Junction Triangle – their proximity making the neighbourhood perfect for a brewery crawl!

Steeped in local culture and offering unique brews and scrumptious eats, the West End has become the ideal spot for foodies, beer snobs, social drinkers, and lushes. The finest brewing establishments invite thirsty sud seekers to sip, enjoy, and hop from one bar to the next. So, gather up the mates and plan for an alcoholic adventure that’s sure to delight the senses and reawaken your love for the West End. Follow the suggested guide for the easiest route of the area’s best brews.

Starting in the north, we have a local favourite – Halo Brewery. Known as a small operation with lots of flavour, Halo focuses on a wide array of ales. They experiment with fruits and other succulent ingredients to complement the fundamental hops and malted barley typically tasted in beer.  With a deep and rotating selection of beers on tap, their bottle shop serves a variety of their distinctive and staple brews in bottles and growlers. Experimenting has never tasted so good!

Credit: Instagram @BanditBrewery “???The joys of brewing in our mini jungle ???”

Next stop, Bandit Brewery. This beautifully designed brew pub and bottle shop is perfect for a brewery crawl; its revolving-door tap offers 15 beers at a time, making each visit a delectable mystery.  With beers ranging from a smoked porter to a sour gose, you should start with a flight to sample the best of their ever-changing menu. Feeling peckish? Bandit offers a modest selection of mouthwatering grub. Hang out on Bandit’s large outdoor patio and share the charcuterie and zucchini or eggplant ravioli before hopping to the next brewery.

After having a bite at Bandit, cross the tracks and hang a left to reach Henderson Brewery. New kid on the block, this brewery gets its name from Robert Henderson, the owner of Toronto’s very first brewery. The bottle shop and tap room is parked right alongside the brewhouse, making brewing and consuming one cohesive process. Try one of their two staples – Henderson’s Best and Food Truck – or buy a pint of their wittily-named home brew of the month. (The Ides of April is a MUST-try!) Before heading out, check out the Rube Goldberg bottle opener. It won’t disappoint.

Lansdowne Brewery showing off what’s on tap. Credit: Blog TO

Last call back down on Dundas! Lansdowne Brewery is a great final crawl stop because it offers anything and everything. From a small selection of home brews to beers and ciders from other Ontario craft breweries. Really liked something at Halo? Lansdowne probably has it on tap. If you’re feeling all beered out, Lansdowne also crafts their own gingerale and root beer sodas. There’s fewer better hangover cures than an ice cold, freshly brewed root beer.