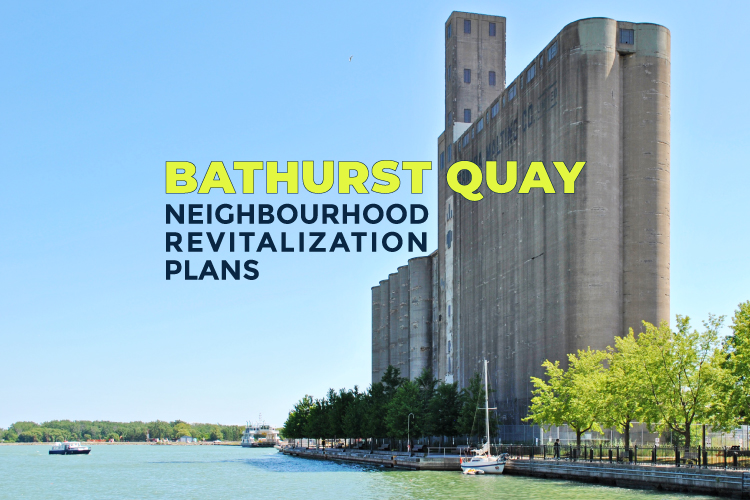 The city’s efforts to bring life to Toronto’s waterfront continue with the announcement of their $15 million revitalization commitment with the Bathurst Quay neighbourhood plan. After decades of proposed ideas and talks of change, Toronto has finally given the green light and proper funding to transform Bathurst Quay Toronto.

The area of Bathurst and Queen’s Quay is not only surrounded by numerous residential condos but it’s also a main entry point for those travelling through Billy Bishop Airport. Those flying into the island airport are wow’d by the skyline views from the air but once on the ground, the greeting is far from impressive.

It’s an interesting parcel of land with lots of potential and it is finally getting the attention it deserves. Let’s first address the silo in the room — well, you know what I mean. Sitting there along Toronto’s waterfront are the long-abandoned Canada Malting Silos, which closed in the 80’s. 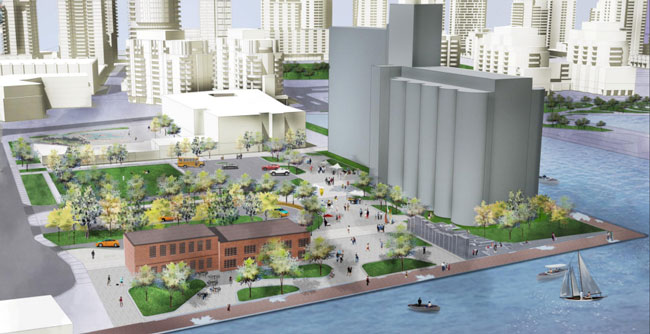 The Bathurst Quay neighbourhood plan for revitalization involves refurbishing the silos — which were designated Heritage Property in 2010 — and using them for arts and culture events. They will be a key backdrop for a new public plaza that will exist just west of the silos, where there is currently asphalt and a few parking spots. The hope is to repurpose 32% of the underutilized space into new public and open space.

At the announcement last Friday, Councillor John Cressy said there are even intentions to potentially build an aquatic centre and develop an underground taxi drop-off and pick-up zone. 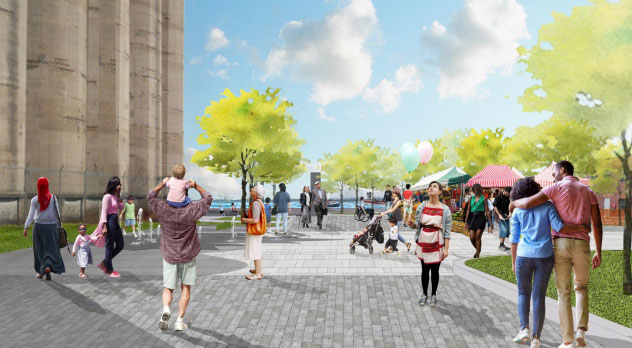 Whether you knew it or not, on the southern side of the silos exists Ireland Park, a small area of green space partitioned by a sculptural rock-face and five figures which commemorate the 40,000 Irish immigrants who arrived in Toronto during the Irish famine.

BlogTO reported earlier this year that the Ireland Park Foundation would be spearheading some change by turning the old Canada Malting Company’s former offices on Eirann Quay into a new exhibition and event space.

The city will also prioritize rehabilitating the dock walls that frame this edge of Bathurst Quay, along with adding a new pedestrian bridge which continues the already existing waterfront boardwalk trail to the east.

The big difference between the Bathurst and Queen’s Quay neighbourhoods is the closer you get to Bathurst Street, the further you get from the tourists. Residents here are able to escape the city chaos by strolling along the waterfront path through the Toronto Music Gardens. However, that’s where the path ends. The good news is that construction on the Bathurst Quay neighbourhood plan for revitalization starts this year with the first phase expected to be complete in 2021.

The city has been working hard to make the most of Toronto’s waterfront with projects like The Bentway, Sherbourne Commons, and the latest plans for the new Toronto Island.