The Mr. Christie’s Cookie Factory that once stood at Park Lawn Road and Lake Shore Boulevard, until closing their doors in 2013, will soon see major change. First Capital is the latest developer with plans to build a huge mixed-use development in Toronto.

The only evidence you see of the former Mr. Christie’s Factory is the iconic water tower, still standing proudly just south of the Gardiner. The 28 acre site along the Humber Bay Shores will soon see major redevelopment. First Capital Realty purchased the land back in 2016 with hopes of building something purposeful and unique that could help benefit the rapidly growing community.

In a statement by First Capital’s President and CEO, Adam Paul, said “Our commitment to infrastructure, design and placemaking shall serve to enrich this proposed development and the surrounding Humber Bay Shores community by providing both with vital, integrated transit options, improved commuter routes, and large active public spaces”

The site, which has recently been rezoned to allow for mixed-use development, is the last parcel of land in along the Humber Bay Shores in need of development. The waterfront community here has seen rapid population growth, 65% since 2011, and the need to accommodate this growth through new residences and major transit improvements is imperative. 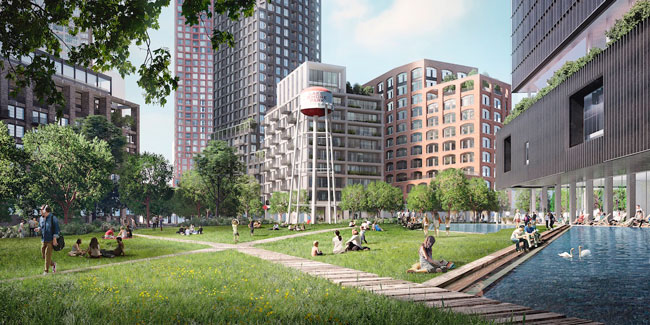 WHAT’S IN STORE FOR THE MR. CHRISTIE’S MASTER-PLANNED COMMUNITY

The urban strategy for the former Christie site is backed by a team of top architects, urban planners, transportation specialists and designers. Though there are plans to relocate the Christie’s water tower to a more central location, the plans for the land surrounding it include: 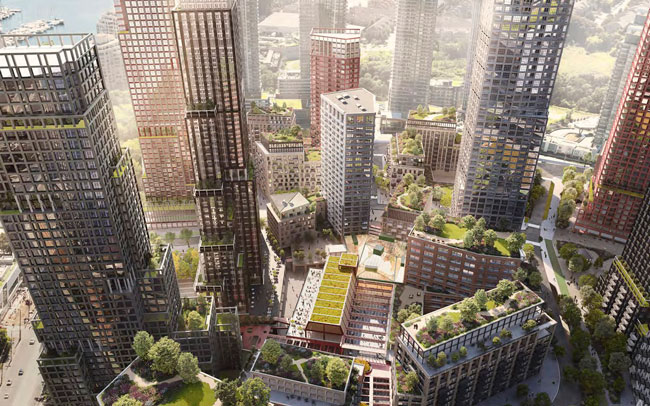 The Residential and Commercial Towers

The 15 buildings throughout the site will vary in height, ranging from 26-storeys to as high as 71-storeys. Imagine those sky-high lakeside views! These, of course, will serve as both commercial and residential.

The Interior of The Community

25% of the site will be reserved for parks and open spaces including three major public squares. The biggest of the three, Station Square, will concentrate around the transit hub. Boulevard Square will exist along Lake Shore Boulevard on the south, while Entertainment Square will be on the east end. 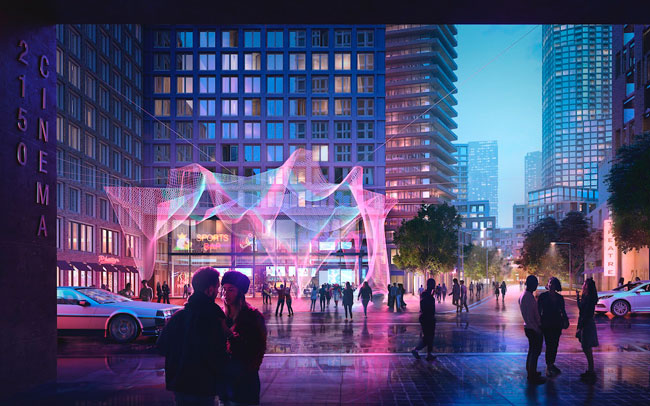 First Capital is working with the city of Toronto and Metrolinx to meet the demands of the neighbourhood, especially when it comes to transit. The plan aims to build a future Park Lawn GO Station, one that will connect with the TTC’s 501 streetcars and bus route connections.

Bringing new retail and community amenities not only adds new jobs but brings an enriched lifestyle to the growing community. Much like The Well’s plans for a glass covered canopy of retail bliss, this too will house a large market hall and covered retail galleria. The street level sidewalks will be animated by new retail along with new restaurants and small gathering spaces throughout. 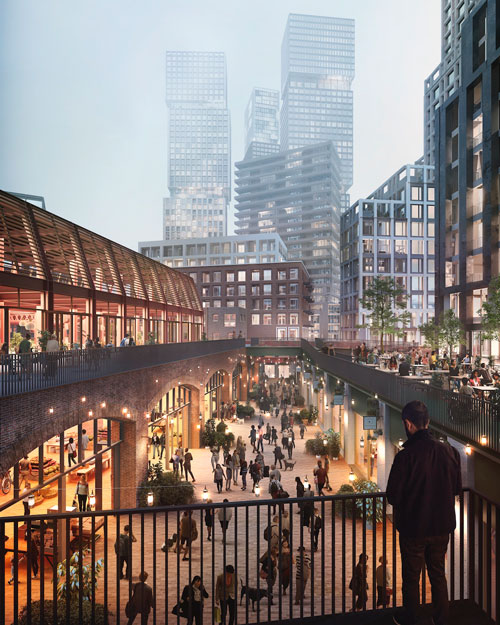 The area is already a congested traffic area and so a big investment in new road and cycling infrastructure is a major priority for First Capital’s plan. One part of this alleviation plan is to  build a new road that will extend from the Gardiner eastbound off-ramp and Park Lawn Road is designated as a relief road to reduce the volume of traffic anticipated. This road will wrap around the site.

With a major priority put towards pedestrian and cycling at the heart of the site, entrances to parking garages for the many towers will be planned for the periphery of the site to avoid extra traffic congestion.

While there are some residents concerned over the large number of towers planned for the former Mr. Christie’s site at 2150 Lake Shore Boulevard, but as urban dwellers in a city as popular as Toronto, we need to be able to accommodate the growing populous. One thing to remember is that developers like First Capital are aiming to build better communities. Change can be challenging but with the right team of urban planners, community involvement and careful, purposeful planning, these master-planned communities can bring new opportunity and enrich our everyday lives. You can learn more about the master-planned community at the First Capital’s site for 2150 Lake Shore.