WHERE TO INVEST: EAST OR WEST? 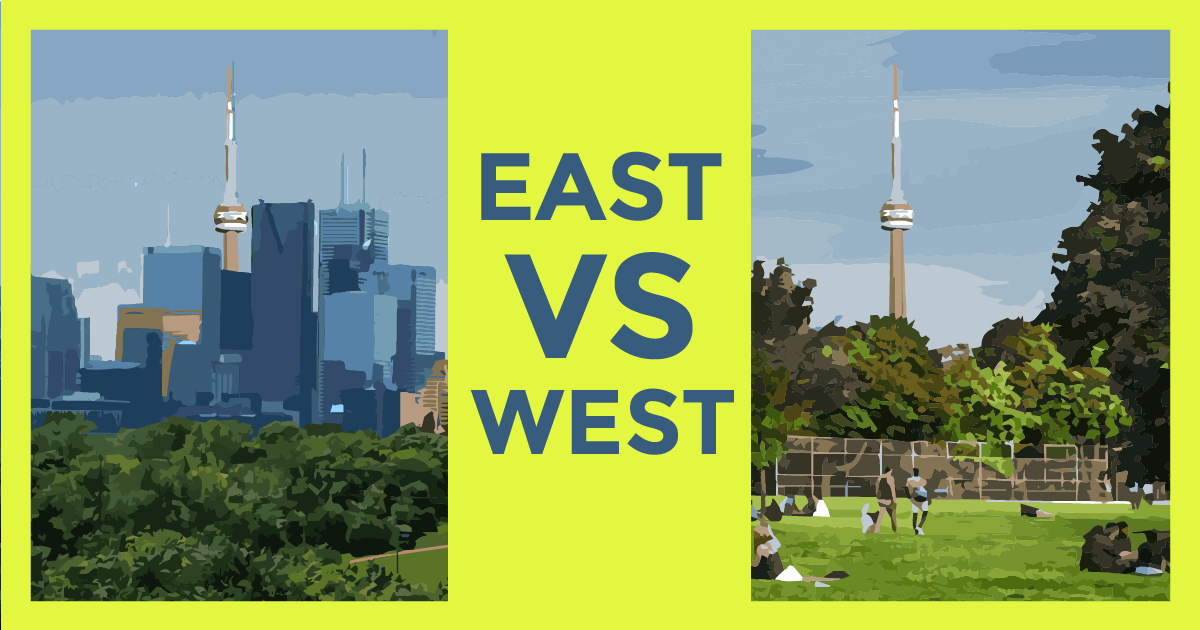 Note: The east end is anything east of Yonge St/Parliament. For the purpose of this article, we’re discussing location as it relates to real estate investment. This is not a discussion about where you should move to next.

Okay, so before you start berating me with tweets about your beloved Toronto neighbourhood, I’m going to preempt this article by saying personally, I’m a west-ender but I also own 6 properties on the east end.

I think it’s flawed logic when agents — or anyone for that matter — gives advice on which area of Toronto is the best place to invest or is going to see the highest growth because really, there are duds in every market. It’s actually about what product you’re buying and why you think it could make you money.

Retail is important because I believe this is a big signifier of a lusted after— or soon to be — neighbourhood. People want to be within walking distance of restaurants and shops so I’m a big proponent of buying near retail. The Junction, Roncesvalles, Parkdale, Dundas West, King West and Queen West are all examples of areas with a myriad of established retailers.

Also to be considered is gentrifying neighbourhoods. You should ask questions like:

Currently, there is more hype around the east. There’s simply more planned infrastructure, new developments and architecturally significant projects in the east end. In general it also tends to be more family oriented in this highly residential pocket, but that still varies from neighbourhood to neighbourhood. Closer to the city core, between Yonge and Parliament, there is more development with a younger vibe. As of late, the east end has seen more growth in the condo market. But there are far fewer buildings and therefore less inventory that comes up on a regular basis.

The density in the west end — for the most part — resides in the buildings that I hate and would never sell. Yes, you heard me right… I avoid condo developments that I don’t believe will be good investments for my clients. If I wouldn’t invest in it, neither should you!

The west is established, upbeat and a bit more expensive. It tends to be less family oriented, with greater entertainment options. It could be said however, that some of the neighbourhoods in the west were horribly developed. My candid opinion: architecturally some of the condos don’t reflect our vibrant city vibe and look as though they could have been designed by a first grader.

What’s Up in the East?

Another exciting development coming to the east end (right next to East Harbour in fact) is Wonder Condos. This is Toronto’s first hard-loft conversion in nearly 10 years and is going to be the hottest project of 2018.

What’s Up in the West 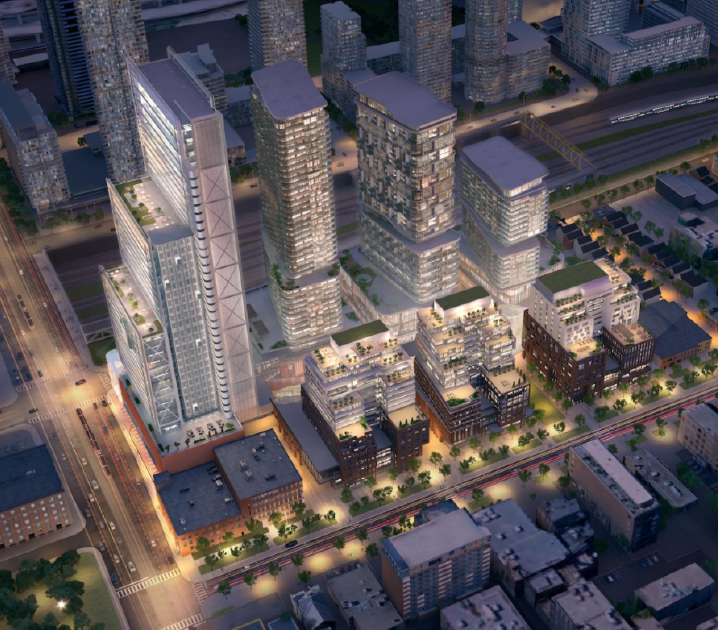 There is a lot of hype around the Well development going in where the old Globe and Mail building used to be. Set to be ready by 2023, this area at Front and Spadina will be home to a number of new developments including a European style market, office towers, restaurants, shopping and just under 1,600 residential suites. There will be 1.43 million square feet of residential space, a little something for everyone. The intention of the designers and developers is to provide a place where you can live, work, and play…well. For more details on the Well, read this article.

How I Answer the Where to Invest Question

I’m a big fan of investing in specific buildings versus overall neighbourhoods. Generally speaking I’m a fan of smaller developments. I typically fall for mid-rise boutique buildings that don’t have a ton of units. They are, simply put, special. They come up on the market less often so finding a product that is desirable and will continue to be sought after in the future is one of the ways you can protect your investment. I know it can be argued that that’s everything in Toronto when the market is great, but if the market turns, a desirable building will better weather the storm.

I also prefer anything on a major road. They tend to have great access to transit, have great retail and make it easier to commute in and out of the city. For example, DNA in King West sells for more than Liberty Village because it has direct access to the King West street car.

My favourites in the West include Robert Watson Lofts, The Candy Factory, Art Condos, 66, 75, and 156 Portland.

On the East end, you’ve got the Broadview Lofts — which is my favourite building in the entire city (we sold a unit here for WAY over asking – see the property here). I also love 90 Broadview, The Carlaw, Flat Iron, Work Lofts and 318 King Street East. The King strip east of Yonge is a hot one to watch because once the new East Harbour development is complete, there will be an influx of jobs to the area. Since King is a main street and close to retail it will undoubtedly boom. 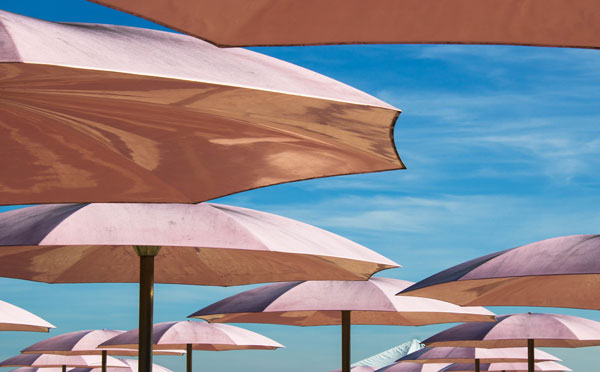 For me, I don’t care if you purchase with developer A or developer B. My job is to find you the property that will have the highest margin. I want to help you build your wealth exponentially and create a long-term relationship with you. Take Tony, for example, who I’ve been working with for ten years. I helped turn the equity he had in his primary residence into a high-earning investment portfolio. Read his case study here.

If you are thinking of investing in real estate signup to be notified about my opportunities to invest in Pre-Construction condos. I’ve got some great buildings at an inside price on the horizon. Sign up as an Insider and never miss an opportunity here.