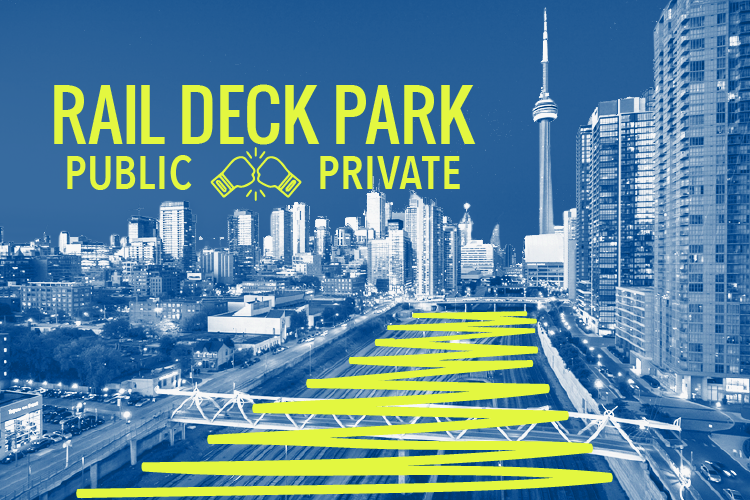 Poppin’ back up in the news again is the uncertain future of Toronto’s proposed Rail Deck Park. When it was first announced in 2016, the idea was met with open arms. The public loved it, and how could they not? The city promised its dwellers urban gold in its most coveted form, outdoor green space. Something Toronto’s downtown core sorely lacked.

But the future of the project that gathered so much support is now a bit uncertain. A group of private developers, calling themselves P.I.T.S Developments Inc, has proposed a new concept for the area to challenge the city’s proposal. Before we get into the details on their proposal, let’s review the city’s original vision and reasoning behind the Rail Deck Park.

Obviously the major reason this project was proposed was the undying need for more green space in the heart of the city — a crowded and rapidly growing city at that. With two million expected immigrants by 2023, Toronto’s downtown population is set to increase even more. The downtown neighbourhoods near the rail yard [King-Spadina and Waterfront] have seen dramatic population growth, nearly doubling in the last 25 years to 250,000 people and the population is projected to grow to a staggering 475,000 by 2041. Not to mention that during the work day the population in this area jumps from 250,000 to nearly 860,000. With this in mind, there just doesn’t seem to be enough park space [aka breathing room] to comfortably accommodate the amount of people concentrated in this area.

While there are many parks scattered around the downtown core, they’re all smaller than 0.5 hectares. The city’s proposal for the Rail Deck Park would span 21-acres between Bathurst and Blue Jays Way. This grass-topped structure would be equivalent to 16 regulation football fields. Their intention here is not to spend a billion dollars on a giant patch of grass, they’re intention is to take advantage of an opportunity to create something iconic for our city. 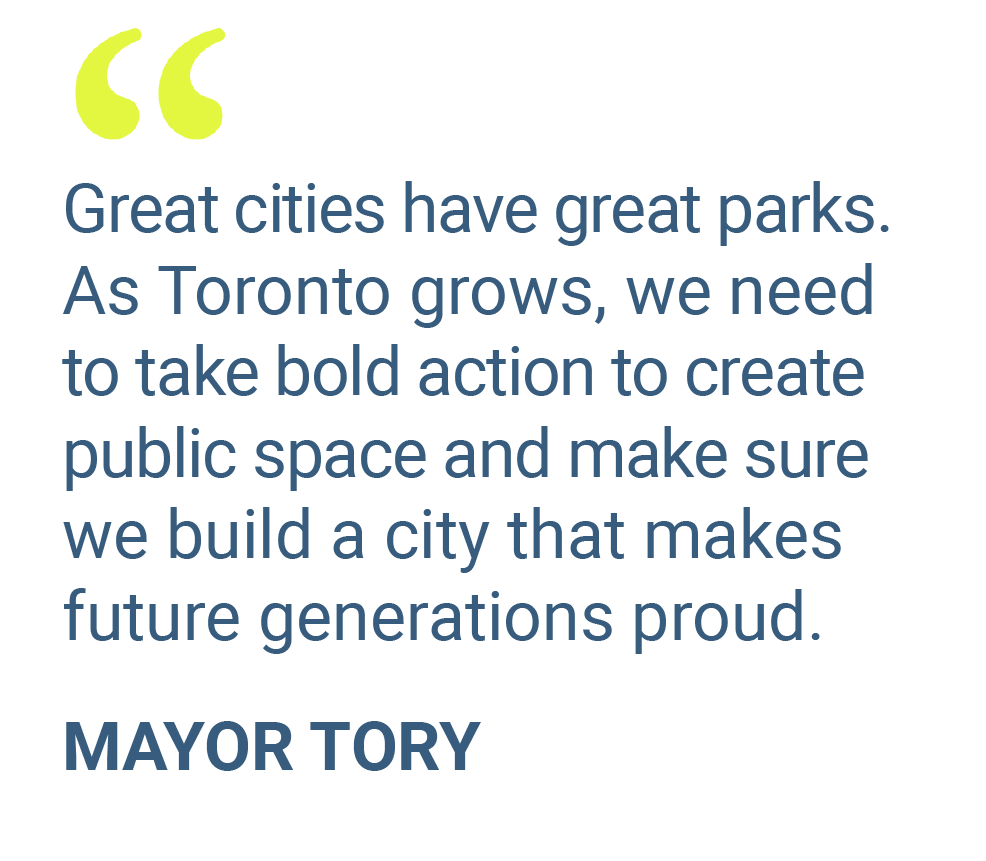 Much like the Bentway, set to open this December, the city is aiming to connect neighbourhoods by implementing creative solutions for people to get around. As it stands now, there are a few meager bridges to connect the Waterfront community to King West. The Rail Deck Park’s design would thoughtfully exist within the current surroundings and would add safer pedestrian and cyclist routes, while reducing crowding on the already packed roadways. The first “priority” phase of the city’s proposal would be the 9-acre space between Portland and Spadina. This falls directly in line with The Well development’s footprint. Coincidence? Who’s to say.

There’s precedent for the ‘rail deck’ concept in major cities like New York and Chicago both with their own “legacy parks”. Chicago’s Millennium Park and NYC’s High Line, are both built on or over railways. They’ve become huge tourist destinations and add much needed green space in the heart of these major concrete jungles. The advice experts offered CBC news about undertaking such a project is that even though the price tag is huge and it will typically take longer than expected, it’s worth it! 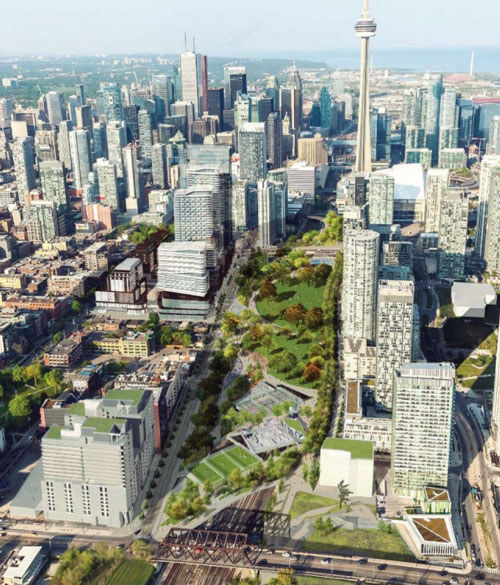 But it’s true, a project like this will have a big price tag — a $1.05 billion price tag. While the details on funding are set to hit City Hall next month, a new privately funded contender has proposed a new concept for the area to challenge the city’s proposal, bargaining for the air rights to build above the rail corridor.

On the table is P.I.T.S Developments Inc.’s ORCA Project [Over Rail Corridor Area]. Claiming they already have the air rights for the rail corridor, they are proposing a park-based community bordered by eight office and condo towers. In this proposal the park would be 12-acres, versus the city’s proposed 21-acres. While the smaller park proposal may sound less enticing, I wonder if this had been the first proposal of its kind presented to the public last year – would it be met with the same enthusiastic reception as the city’s Rail Deck Park?

Whether you’re for the city’s proposal or ORCA’s, if we do eventually get a park here the residents that currently live in and around the rail corridor will be getting some “backyard” views. The city will undoubtedly take some time to resolve which direction it will be moving forward with and once that’s resolved the project will take at least five years to build.

For those of us that can’t wait to see some more green space downtown, don’t sweat, Public Work has their designers at work for two smaller projects. They just started construction on CIBC Square earlier this year, which comes with the promise of a one-to-two acre elevated park over Bay Street’s rail corridor. And for the west, they’re working on Mouth of the Creek Park. This park will bring to life the two acres at the foot of the Bathurst Street bridge next to the Fort York Public Library. The design will transform both below and around the bridge in a way that pays tribute to the original shoreline that once existed there.

While we all must wait patiently to see what’s to come of the Rail Deck Park, both of these proposals have merit. I’ll end with this note, to not build a Rail Deck Park at all would be a huge missed opportunity and a big disappointment for the city.