WHY IS TORONTO SO EXPENSIVE? 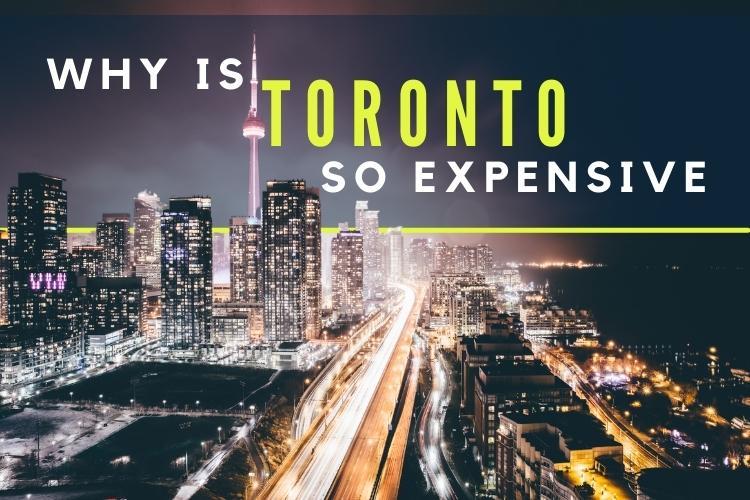 If you’ve been in the market to buy your first home or are even just on the hunt for a new Toronto rental, you will know first hand how pricey the real estate market has become. It’s been this way for a few years now with no signs of slowing down. So why is Toronto so expensive?

THE PRICE YOU PAY FOR OPPORTUNITY

Let’s start up front with the the good stuff. How many of us have moved to Toronto from other cities or other provinces in search of more opportunity? Toronto is the economic centre of the country and for all of the job opportunity it provides, along with being very culturally diverse, it has become a popular destination for those both local and abroad.

The Huffington Post reported Toronto as the fastest growing city in the U.S and Canada. Toronto’s tech sector alone has been growing quickly, earning the name Silicon Valley of the North and luring big business from global companies.

Read: Big Tech Companies are Investing in the Future of Toronto

Toronto’s population is growing quickly for more than just the economic opportunity it offers. Toronto earns global recognition by continuously ranking at the top of Global Liveability lists such as Mercer’s Quality of Living Report, where Toronto ranked 2nd in North America and 16th the world-over, and The Economist’s Global Liveability Index where we’ve landed 7th for the second straight year.

HOW MUCH DO YOU VALUE CONVENIENCE?

When you live in downtown Toronto, you have so much at your disposal. From an array of arts and culture to some of the best international cuisines, whenever you want — Chinatown is always open. Not to mention, the convenience of grocery stores within walking distance no matter where you live. Urban living offers so much in the way of convenience.

And while it suits some people just fine to opt for that house in the suburbs, the time and money they spend getting to and from work each day, they can’t ever get back. If you’re commuting to work each day, you’re roughly paying $300 per month on transit and if you’re driving you have gas, parking, and monthly car payments to consider. While suburbanites are stuck in traffic, us city-dwellers are already back at home with our kids. Not to mention the savings this amounts to on child care.

Related: Why Condo Families are Getting it Right

SO WHY IS HOUSING SO EXPENSIVE IN TORONTO?

This is a simple case of supply and demand. As we mentioned earlier, our population in Toronto is increasing quickly as we grow in popularity. In a recent report by rentals.ca they said that Canada’s “annual [population] growth rate was 1.4%, the highest among G7 countries… The growth rate was even higher in Ontario at 1.7%.” Frankly, it’s challenging to keep up with our growing need for housing.

This, of course, is just part of the story. As more baby boomers are staying put, the demand for single family homes in Toronto has increased sending prices up. In turn, the condo market has become the affordable option for many first-time buyers, subsequently putting the demand on Toronto’s condo market.

WHY ARE TORONTO CONDOS SO EXPENSIVE?

In the pre-construction condo market, once a benchmark price to build has been set it’s impossible for developers to sell their projects for less going forward. It’s irreversible and so each condo development will typically launch at a higher price point.

If the price point is perceived as too high for buyers, the developer will simply wait to launch until they can attain the price they need to be profitable. And so the cycle goes as such: as developers hold back from building, the lack of new inventory forces buyers to turn to the resale market. As the resale market absorbs the demand for inventory, their prices will begin to increase and it’s at this point where pre-construction developers will choose to launch.

WHY IS TORONTO RENT SO EXPENSIVE?

Toronto’s vacancy rate is still very low, hovering around 1%. As more would-be buyers are priced out of the market, they are forced to live longer as renters. The repercussions of the Rental Fairness Act of 2017, which had intended to protect renters from dramatic rent increases, actually led to more developers building condos over purpose-built rentals.

With fewer incentives for developers to build purpose-built rentals, the much needed supply of affordable housing on the horizon started to dwindle. The lack of new rental supply during this period caused the vacancy rate to drop and the rents to rise. If it weren’t for condo investors buying pre-construction condos as rental properties, there’d be far fewer rental units available still. 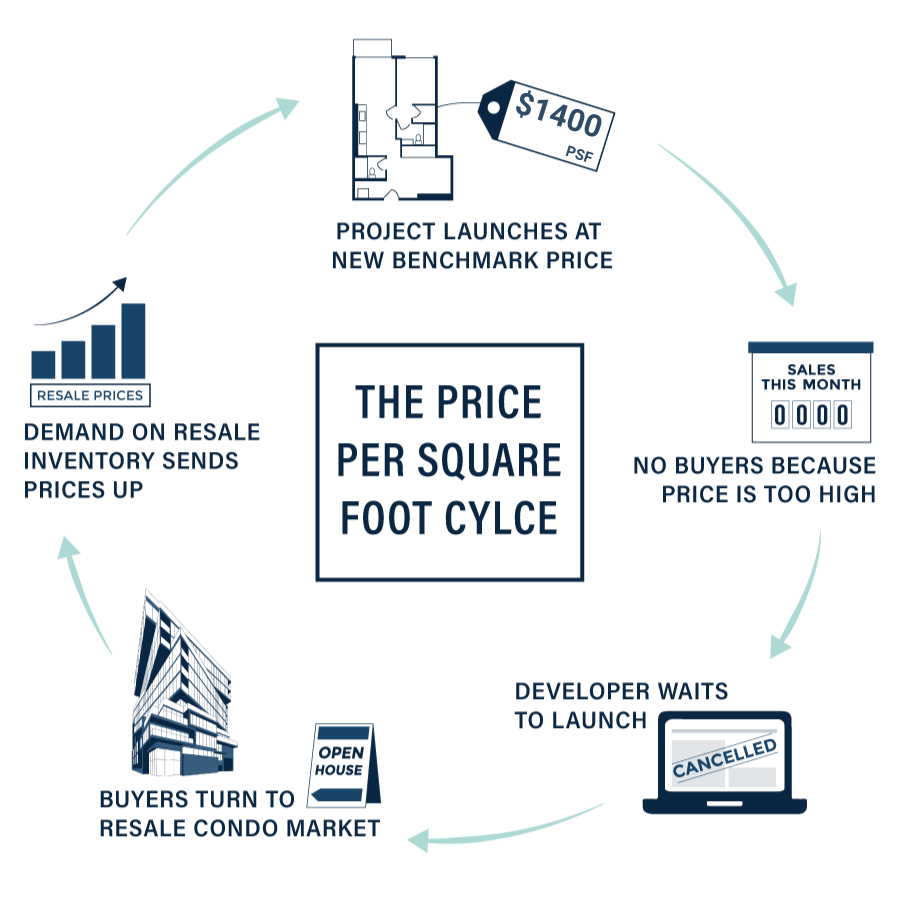 The cost to build property in Canada has gone up significantly over the last five years. In this Statistics Canada article from February they say that “Residential building construction costs increased 3.8% in the fourth quarter of 2021, building construction costs for residential construction in the 11-city composite rose 21.7% year over year in the fourth quarter, surpassing the previous high registered in the third quarter. The largest increases were in Calgary, Toronto, Edmonton, and Ottawa” The price increase trickles down to the developers, the buyers, and then the renters.

It’s true, it’s expensive to live in Toronto. However, it’s up to you to weigh the pros and cons you desire for your lifestyle. if you want to live near work and save time commuting, you may need to pay more to do so. Or, if you’re okay with spending a quarter of each day commuting from the suburbs in exchange for homeownership, that’s a choice you need to make for yourself. The city of Toronto has a lot to offer which is why it’s growing in popularity, in population and frankly, in price. What do you value most?