Located in the southwest tip of the St. Lawrence Market, the avant-garde L Tower is a marvel of architecture, boasting clean bold lines cut against a modern steel and glass façade. Located adjacent to the heritage-designated Sony Centre for the Performing Arts, L-Tower has been described as “the evolution of 21st century living,” offering residents high-end, luxury apartments overlooking the bustling and eclectic vistas of downtown Toronto.

The St. Lawrence Market Neighborhood is the historic heart of Old York, with beautiful old-world architecture, quaint shops, charming restaurants and an industrious theatre scene. The neighborhood derives its name from the St. Lawrence Market, a lively tourist hotspot ranked by National Geographic as one of the best food markets in the world.

Rising 57 storeys high, L Tower offers a plethora of units (591 to be exact!) with an impressive list of amenities, including catering kitchen for residents and their guests, library, private cinema, lounge, swimming pool, spa facilities and a 24-hour concierge. Located just steps away from Toronto’s PATH system and both the Yonge Street and University line subways, L Tower is also well-connected to the rest of the city.

Floor plans are available for The L Tower Condos 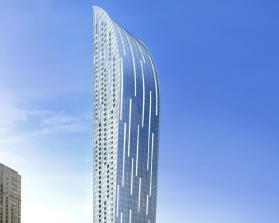 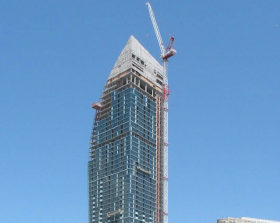 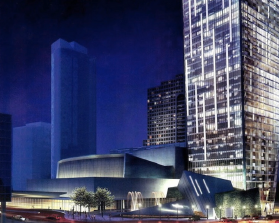 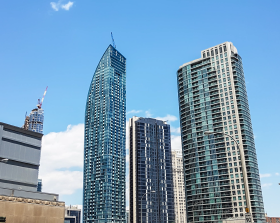 LISTINGS FOR THE L TOWER CONDOS